Pregnancy. A Pain In The Arse.

You know I’ve mentioned I’ve had an easy pregnancy right? Well, I really have. Despite the vomit inducing heartburn and occasional I-want-to-punch-your-dumb-face in mood swings, it’s been smooth sailing all the way.

Until Saturday that is.

Every few weekends, whenever we can, we take part in the Lonehill Park Run. I walk it, husband sprints Tom Cruise style and comes in 2nd place. That kinda thing. This week, as I approached half way I suddenly felt all the muscles freeze in my backside, and my legs lock into place. Terribly embarrassing, considering it was in the middle of the track and I was the cause of an almost domino effect of neon clad runners as they had to very quickly skirt and bypass me.(Quite like skirting and bypassing a beached hippo). I imagine I let out a delicate yelp and bent forward, partly due to the athlete who nearly rear ended me and the absolute excruciating pain running down my arse. It was at that point that a concerned jogger ran up to me and asked if I was in labour. “Nope, I don’t think so” I replied “I just have a very sore bum”.

A very sore bum! Oh my god. A very sore bum implies a hot curry was consumed the night before. No, this was daggers and juggernauts (I don’t know what a juggernaut is, but it sounds like it would be sore if in my glute, so work with me here).

A little while later, whilst in Baby Shitty putting together my registry, the same pain explosion occurred. You can imagine the horror on the moms faces while they tried to push past me with their laden trolleys and screaming toddlers in expensive prams. “Sorry” I kept saying, whilst laughing hysterically, because I just could not move. I was one foot under Disney, back somewhere near a bottle sterilizer and a few toes away from disposable breast pads. My friend Amy ran to fetch me the security guards plastic chair (turns out the security guard at baby City is just as friendly as all the other phlegm snorting staff) for me to sit on.

So there I was, sitting in baby City on a plastic lawn chair contemplating my slow painful death.

Later that day, at my nieces first birthday party, I lost the use of my limbs at the exact moment sweet Emma tasted her first piece of cake. Of course I was standing infront of the photographer at the time.

I won’t bore you with the details, but by the time 8pm rolled around and my husband was peeling off panties and shoes whilst trying to coax me into the bath I had lost my sense of humour along with the ability to walk in forward steps.

Turns out, what I thought was sciatica was a simple case of ‘very common in pregnancy’ Locked TIJ. I don’t know what it means, but if you look up “overweight red face woman writing in agony whilst performing movements similar to that in a game of Twister’ you would find it.

Typically, Monday rolled around and I could urinate without assistance – so it seems that I’m making baby (the pun, intended) steps in the progress department.

However, should you spot me somewhere down the line, flat faced on the floor and twitching like an electrocuted squirrel, do me a favour and help me up. Just don’t ask if I’m in labour. 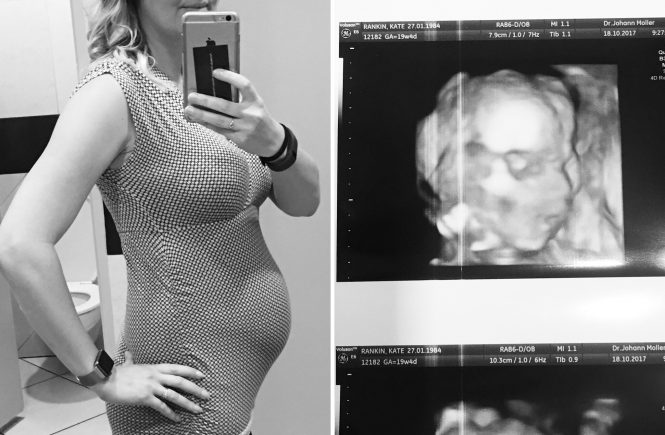 About That Body Change.

Wishing It All Away 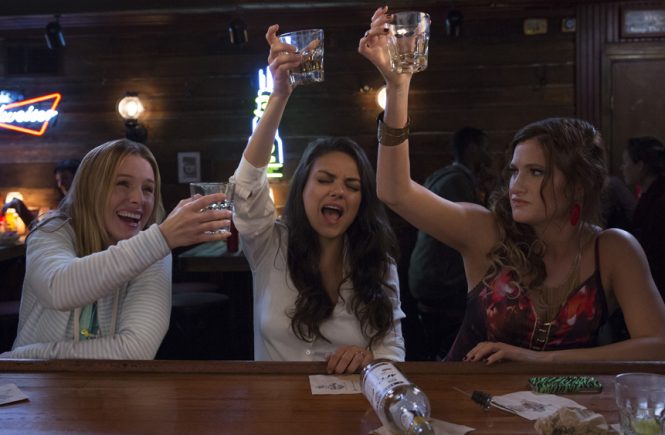 The Magic Of Mom Groups