Known as ‘One Island, One resort’ Pangkor Laut resort and Spa is a tropical paradise nestled on a tiny island on the Straits of Malacca. Even though the island itself is 300 acres, only around 2 kms of the island itself have been used for the resort – which means it’s tiny, intimate and just perfect.

All passengers leave a dock in the town of Lemut – about a 4.5 hour drive from Kuala Lampur – and catch a 20 minute speed boat to the resort. Once there, you are captive and cannot leave – nothing wrong with that until you see the prices of the 3 available restaurants. Being a guest on the resort means you need to eat and drink at their restaurants and bars. In the first instalment of the Honeymoon series I mentioned how pricey alcohol was in Malaysia – but Pangkor took it to the next level with their fares and even food was ridiculously pricey. We soon adopted the ‘When in Rome’ mentality and decided to stop converting to Rands otherwise we would have ruined the 5 days spent there. But just to give you an idea – the cheapest bottle of wine was R600 (Douglas Green nonetheless) and the average main meal (Noodles, chicken etc) cost around 100 RM (about R350). A meal of seafood or something a bit more exotic would set you back around R700. Scary.

We stayed in the hill villa – a gorgeous suite overlooking the lush forest and ocean. Everything about this place was 5 star – from the service, to the food to the personal touches. After day 1 every staff member greeted us by name and the place felt like home.
The Island pretty much forces you to relax and enjoy – so this was the part of Honeymoon where would could kick back slightly and enjoy doing nothing. Except, Barry and I find it almost impossible to ‘do nothing’ so we found things to keep us busy.

The beach at Pangkor Laut is exquisite. On some days we were lucky to have it to ourselves. On nights when it rained though I was devastated at the amount of garbage that floated in from surrounding Islands. The rubbish tainted a lot of the trip for me – and even though they had cleaners every hour I still battled to get the image of pollution out of my head. I experienced the same thing on a trip to Mozambique last year – so I am just generally sensitive to the waste and pollution humans create. In all the resorts we stayed we were supplied with endless bottles of free drinking water – I’m sure this alone is a huge contributing factor the the ocean pollution.

On the second night we were invited to a ‘Welcome’ cocktail party at the resort. Here we took full advantage of the free flowing booze – just like every other guest there.

On one of the days we decided to take part in a Jungle trek (mainly to get some exercise in between all the food and beer). Armed with water and hiking shoes we soon discovered it was a mere 500 m trek through the island – which still took us over 2 hours as our guide was very thorough and very informative…it’s also about 40 degrees and 100% humidity which makes traversing through a rainforest somewhat tricky. On the lookout for snakes – as I had fund one the day before (a small harmless paradise tree snake) we soon realised there may be a bigger threat on the Island; According to Aris, our guide, wild boars had been swimming to the island and setting up camp there. Not overly concerned we carried on walking until we stumbled across a pack and happened to be in the middle of a mom and her baby. Our 7 day old wedding vows flew out the window as we made a mad dash for the closest area of safety. Later that day at lunch Barry missed standing on a black viper by about 1 cm while we were at lunch. Mass excitement ensued as our terrified water herded us away and called a snake wrangler.

On another day, friends we had met on the hike – Ziggy and Tim – managed to hire a speed boat and we all decided to head across to the Island of Pangkor for the day. The place was like a floating China Town – full of the tackiest buildings and tourist spots – a Donald Duck themed church included. Here we had lunch, bought beer and booze** to smuggle back into our resort and hired a pink minibus taxi to take us on a tour of Pangkor. Most places in Malaysia to me seemed ‘unfinished’ and Pangkor was no different – it’s a messy heaving colourful place filled with people, souvenirs and rubble. I love it.

** On buying booze – we found a 1 litre bottle of Vodka which we stored in water bottles to put the ‘pep’ in our Pepsis at the pool (don’t think us cheap – the average cocktail was a few hundred bucks!). The problem was that it soon became hard to tell the difference between the water bottles and the vodka bottles. One night, particularly parched I took several swigs from a ‘water’ bottle – and was smashed for the entire night.

The remainder of our 5 days on the Island was spent swimming, sleeping, reading, eating (think deep fried whole soft shell crabs), drinking (ice cold Tiger and Asahi beers), Spa’ing (just me and my Lomi-Lomi masseuse sent from the Hawaiian heavens) and enjoying the beauty and tranquility of the area.

Friends, this is also the place where I was introduced to ‘The Cronut’. A Cronut is the most delectable pastry – it’s where donut meets croissant and I could not get enough. I had one or 2 every single day. This photo is of my breakfast – cronut, capers and brie. Delicious right? 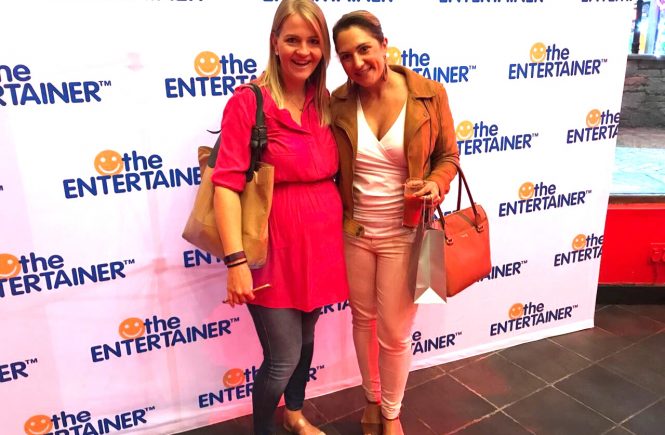 WIN With The Entertainer 2018